We are governed by a board of Trustees. 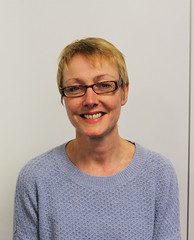 Clare is Head of Research and Enterprise Partnerships at the University of Leicester for the College of Social Sciences, Arts and Humanities. She has over 25 years experience of working in the arts and creative sector. In her early career she worked for large and small arts organisations including the South Bank Centre, Royal Opera House and Classworks Theatre. She has been Head of Arts for Warwickshire County Council, Head of Resource Development for Arts Council England (West Midlands) and set up the Creative Leicestershire programme in 2005 supporting small arts, design and media companies and freelancers. She is a Fellow of the RSA and is also a Trustee of Big Difference Productions. 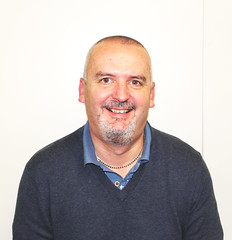 Mark Chilton owns and runs Times Square Ltd, a long established specialist screen and wide format print business based in Stoke on Trent. TSL employs 30 staff and supplies printed materials for a wide range of niche applications, including etching and screen printing as well as more modern production methods, but with its roots in products used to decorate glass and ceramics.

Mark is a graduate of Lancaster University (economics) and came into printing after acquiring the Times Square business in 2004. Prior to 2004 he held senior operations and manufacturing roles in the automotive and refractories industries, which gave 20 years of board level experience in larger companies, alongside 14 years as a non-exec director and trustee.

LPW allows Mark a look into the art and printmaking world, away from the day job in commercial print. 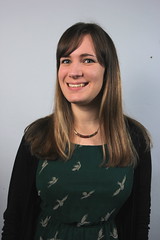 Jenny graduated from De Montfort University with a BA (Hons) in Fine Art, which is where her interest in printmaking and Leicester’s artistic community began. Following her degree, she became involved with various local arts organisations, co-ordinating arts events and programmes across the city, and she eventually began to help coordinate courses with Pedestrian, a local charity that provides education and training to young people and adults from challenging backgrounds. She is currently the Studio Manager at Bulb Studios- a local digital design agency.

With LPW’s expansion and move to the Cutural Quarter, Jenny is incredibly excited that LPW will have the facilities to provide even more artistic opportunities to people in and around Leicester.

“The sense of community within LPW is fantastic, and I love that being an LPW trustee allows me to reconnect with my arts background. I am so happy to be able to be a part of it and use my skills to support LPW on it’s journey at this exciting time.” 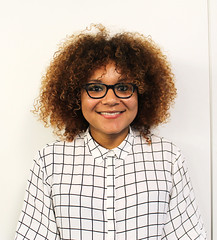 Lucia has been working in the cultural sector since graduating from De Montfort University with a BA(Hons) in Arts Management. Lucia has worked for Leicestershire County Council almost 7 years in a number of roles including on the Creative Leicestershire and Transform Snibston programme, as Arts Development Officer and most recently managing the Click; Connect; Curate; Create project exploring how digital can be used to increase engagement with museum collections. Lucia has a passion for working with and in arts development is a trustee and Senior Fellow of Arts Development:UK.

Having recently joined the LPW board she is looking forward to being involved in potentially the most exciting time of its (almost) 30 year history, moving premises to a new fit for purpose studio space in the Cultural Quarter. 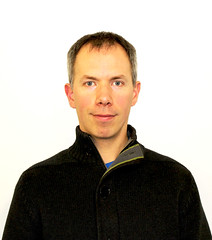 Nick discovered Leicester Print Workshop through an outreach course in
2001 whilst he was working as a software developer for the power industry.
He joined as a member and quickly rediscovered his childhood passion for making. In 2003 he left his job to study Fine Art Printmaking full time – first at Loughborough University, then the Royal College of Art. Since graduating Nick has exhibited nationally and now teaches Fine Art at the University of Nottingham, Printmaking at De Montfort University, and short courses at Leicester Print Workshop.

“I am thrilled to be part of the board and hope I can help Leicester Print Workshop continue to provide the access and opportunities in the arts it gave me.” 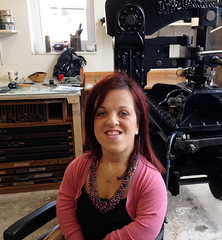 Charlotte studied Printed Textiles at Loughborough University before spending eight years in a variety of roles within Arts Council England, East Midlands which is when she began working with LPW and other NPOs. The positions gave Charlotte experience of working within a large funding organisation and the different funding streams, as well as the different projects including GFTAs and Artist Taking the Lead.

Charlotte also worked on placements at the Angel Row Gallery in Nottingham, The National Centre for Craft and Design in Sleaford as well as Leicester’s Attenborough Arts.

Charlotte become a LPW Board Member in September 2015, after completing the youth board, which gave her a lot of experience and skills to be a board member. 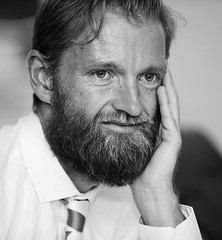 Hugo graduated from Middlesex University and the Chelsea College of Art & Design. He has spent the past fifteen years curating exhibitions of contemporary art. For the first seven of these he also made artwork, something that has now stopped. He has produced and curated exhibitions at The City Gallery and subsequently at New Walk Museum & Art Gallery in Leicester. These have included substantial solo projects by artists including Gerhard Richter, Georg Baselitz and Marvin Gaye Chetwynd.

His curatorial and research practice is underpinned by an interest in the relationship between education and artistic production. This began with curatorial work in a primary school in 2006, leading to the exhibition A Process of Living, 2008 exploring radical pedagogy, and has continued to the present through the recent ARMA commission of Maria Zahle at New Walk Museum & Art Gallery, 2014.

Hugo first encountered LPW on arriving in the city in 2005, when we exhibited our Small Print show upstairs at The City Gallery. He has been an admirer ever since, and is now thrilled to be a trustee.