Printmaker of the Month, November 2017

The current exhibition in the space is a collection of work in progress by LPW artist Anne Roberts.

Before leaving Leicester – and LPW – in 2006, I made prints in which letterforms, or parts of them, were elements in abstract compositions. This led to an interest in legibility – at what point does a letterform cease to become readable? ‘Junk alphabets’ were the result – created with ink and torn strips of paper, and using jars, pots, anything to hand, to make the curves. The one displayed has been translated into a woodcut.

In 2009 I started to learn bookbinding. I made and repaired conventional books, but also took time out to experiment with basic book structures, using cheap materials such as greyboard and newspaper stiffened with starch paste. I produced a series of ephemeral ‘book sculptures’. I also became interested in the textures and patterns which I could create by weaving newspapers.

I altered old books. Books are designed to contain an enormous amount of surface within a very compact space. My altered book ‘365 leaves’ shows this.

Now back in Leicester – and LPW – I am starting to combine book-making and letterpress printmaking in various ways. I use rubber-stamp letters in my books as well.

Constructing simple, and rather primitive, modular alphabets makes me realise how difficult it is to design an elegant typeface. Nevertheless, I preserve them in albums. 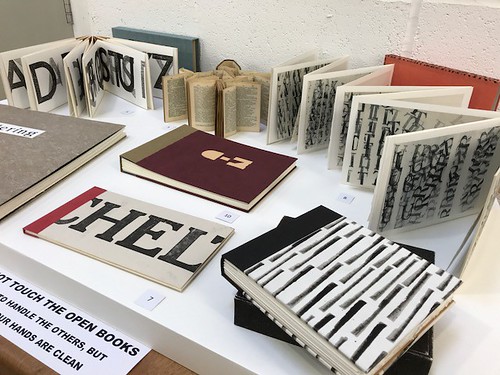 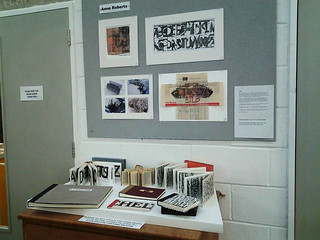 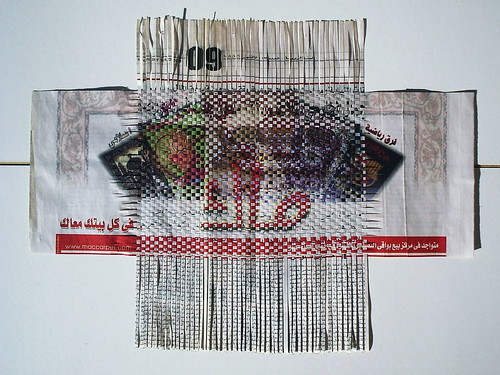