A brief history of etching 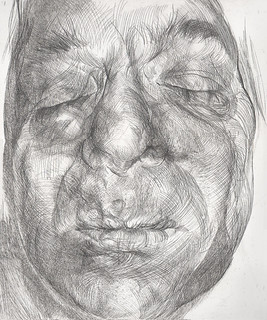 The earliest examples of etchings are on suits of armour, which were originally decorated with lines engraved by hand. Armourers discovered they could etch the designs into the metal instead, which was less time consuming and more cost effective.

The earliest engraved prints on paper were produced in Germany around 1445.

The earliest known signed and dated etching was produced by Urs Graf in 1513. This was etched onto a steel plate with one weight of line. Thirty five years later Augustus Hirshvogel thought of a way to produce lines of different weights: drawing the whole image, etching the plate in acid for short periods, then stopping out the various depths of line of the image with an acid resist varnish as you go along, thus etching progressively darker areas.

Steel and copper plates were traditionally used for etching; a steel plate produced many more prints and copper produced a finer line and a better aquatint when etched. Today zinc plates are also used and as the softest of the three metals it is the quickest to file, polish and etch, making it ideal for use by beginners.

Back to the Etching page.