No One Will Ever Know How Happy I've Been

Our new exhibitions, No One Will Ever Know How Happy I’ve Been and Jane Sunbeam’s Artist Residency Exhibition opened last week with a wonderfully memorable launch. 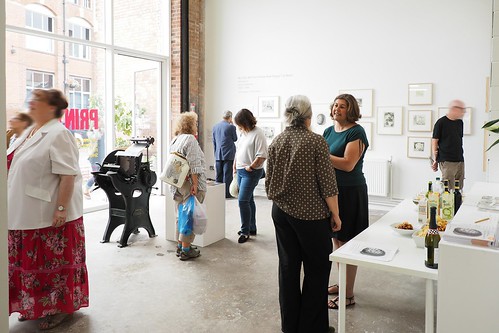 The assembled crowd were treated to some great stories from Alan, as he described Balkanyi’s escape from the train to Auschwitz in 1944 and subsequent life in Paris. Alan felt sure that, had she been at the exhibition launch, Balkanyi would have been blushing but very proud.

LPW began it’s relationship with the Suzanne Balkanyi Trust in 2013, when we were fundraising and planning for our move to St. George’s Street. The Trust were impressed and excited about LPW, our work and our plans for the future and supported our move with a generous donation. The Trust kept in touch, and in 2017 donated a large collection of Balkanyi’s copper etching plates. This donation inspired further funding for this exhibition and the accompanying residency. At the launch, Alan announced that the support would continue and that LPW would be beneficiary of all future sales of Balkanyi’s work. 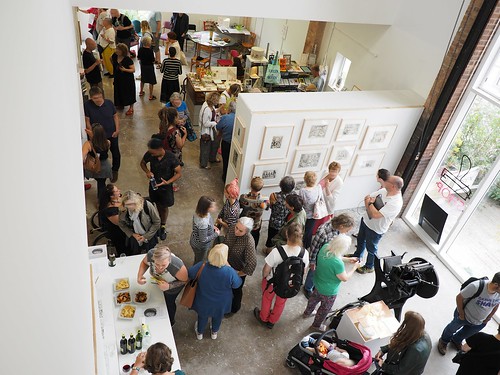 Artist in Residence Jane Sunbeam spoke briefly about her residency and thanked LPW Volunteer Katy Goodrich who supported her to create new work inspired by Balkanyi.

All the work in the exhibition is for sale. In addition to this, Exhibition Curator, Sarah Kirby was given permission to produce a Celebratory ‘Restrike’ Edition of an etching that is no longer available. Le Coiffeur (2018) is available, framed from the LPW Shop for £60 during the exhibition period. We have also produced two sets of celebratory postcards, focusing on the two main subject themes of the show, Animaux – from her time as illustrator at the Paris Zoo, and Personnes – depicting Parisian life in the 1950s and 60s. These are available to purchase from the LPW Shop.

Balkanyi had six solo shows in Paris in her lifetime. This posthumous exhibition is the first major show of her work in the UK since the 1960s. We were thrilled that the exhibition and residency were a feature article in the Summer 2018 edition 56 of Illustration magazine. It is our hope that this exhibition and media interest will mean Balkanyi’s work can be enjoyed by a new generation of printmakers and collectors.

The exhibitions continue until 27th October. We are running three etching courses this bank holiday weekend to compliment the exhibitions. Over three days, you can learn Hard & Soft Ground Etching, Sugar Lift Etching and Copper Etching.

You can find out more about Jane Sunbeam’s work at our next FREE In Conversation event, which takes place on Wednesday 5th September from 5.30pm – 7pm.

Read more about the exhibition here.